Wadhwan City has beautiful historic and cultural heritage. Wadhwan which is famous as a princely state is popular for the ancient temples, step wells, colorful Bandhani work and its famous Gujarati food. A tourist who visits the town of Wadhwan is bound to be mesmerized by the ancient structures showing a reflection of the princely state of Wadhwan.

The main language of the people of Wadhwan is Gujarati. Other than this people also speak Hindi and English.

This section of Gujarat has the influence of Jainism. It is an important center of Jainism as it is said to have footprints of Mahavir Swami. The history of Wadhwan has had a great impact on culture and religion of Wadhwan.

The colorful pretty and traditional dresses of Wadhwan of Gujarat are eye-catching and colorful. They are famous for their thread work on their clothes. They use beads to decorate their costume. Their dress is made of cotton, they being the leading producer of cotton. The Main Male Attire is Chorno & Kediyu whereas Main Female Attire is Chaniyo & Choli.

Earlier men used to wear dhotis with long or short coat and a turban. But now days it is being replaced by modern wear. The Chaniyo & Choli of women also have huge embroidery work on it and glass pieces on it.

Music and Dance in Wadhwan

Wadhwan is a colorful town with rich and cultured heritage. It has a big place in the heart of people for music and dance. The Garba is the popular dance form of the state. Men and women both enjoy this dance form with equal enthusiasm. People enjoy their best during the Navratri, a nine day festival of Goddess Durga.

Art and Craft in Wadhwan

The city of Wadhwan is famous for its arts and crafts since ancient times. It is the largest producer of Bandhani. It is famous for its brass utensils, tie and dye crafts, metal wares and educational wooden toys.

Festivals and Fairs in Wadhwan

Wadhwan is located in the state of Gujarat and the state ranks first in terms of fairs conducted every year in India. The tribal population are the organizers of these fairs. These fairs are the reflection of rich and cultured heritage of the town along with the lifestyle of the people here. The history of these fairs dates back to the ancient times. These fairs attract thousands of tourists every year especially foreigners. Fairs are the best place to visit to get to know about the culture and heritage cuisine of the place. 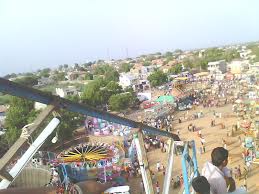 Tarnetar Fair is the fair which is organized in the Surendranagar district of Gujarat where Wadhwan is situated. This fair is held in the Trinetreshwar Mahadev temple. This is one of the most famous fairs of the place. It is believed that this was the place where the Swayamwar of Draupadi happened and where Arjun exhibited one of the best archery moves ever seen, the Matsyavedh. Villagers visit this fair in large numbers dressed traditionally with traditional jewellery. A dancing and singing performance by the tribal women of the village known as the Rasada is the major attraction of the fair.

But there are some other festivals which hold great importance in the city of Wadhwan . They are as below:

This festival which is also known as Sankranth is celebrated all over India on 14th of January. But since Wadhwan located in the state of Gujarat celebrates it in a more colorful way. Both men and women celebrate this festival by soaring kites sky high. 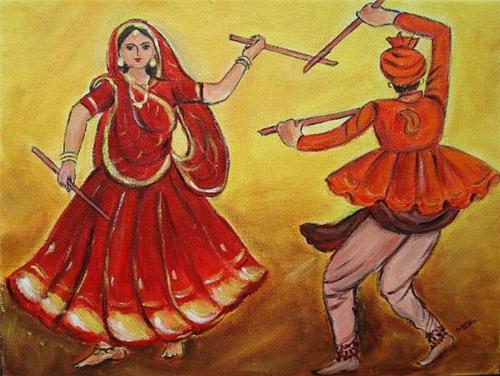 Navratri is a nine day festival of Goddess Durga where men and women wear colorful traditional clothes and perform Dandiya. It is a festival which is celeberated in other parts of India as well but the pomp it has in Wadhwan being in the state of Gujarat has its own charm.