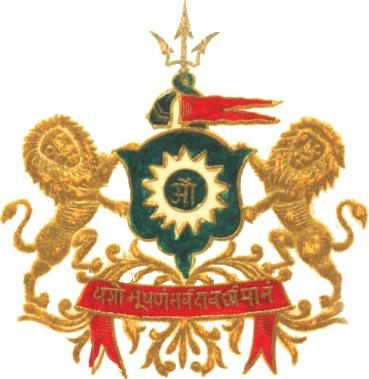 History of Wadhwan is intertwined with the history of the neighboring region. From time immemorial, the area was ruled by the Jhala Kings belonging to the Makwana Sect. It is believed that they were actually a warrior clan having their original in Baluchistan. They later migrated to Sind and set up their kingdom around Nagar Parkar. In eighth century AD, they entered Kathiawar and set up their kingdom there.

The tale of Harpal Dev Ji

However, another version gives the credit of founding the dynasty to Harpal Devji of Kirantigarh of Sind. It is believed that a war broke down between his father Shri Kesar Dev Ji of Makwana and Hamir Sumra of Sind. In the ensuing battle Kesar Dev ji died and Prince Harpl Devji took shelter in the forest, using his time to learn different arts from the sages who lived there. He later moved to Patan, which was then known as Anhil Pataka and took services under King Pratap Solanka.

Pleased with his service, the King Protap Solanka offered Harpal Dev ji the hand of his daughter in marriage and also gave a large tract of land comprising of twenty four thousand villages as dowry. Harpal Devji then set up his capital at Patdi, near Little Rann of Kutch and began to rule over the area from there. They had nineteen sons who scattered over a large area and established different kingdoms.

Why the clan is called Jhala

There is an interesting story concerning the etymology of the clan. It is said that the sons of Harpal Devji was once chased by angry elephants. They reached the palace, but had no time to reach the door. Their mother just caught them up and pulled them in through an open window. Since catching in Gujarati is Jhalvan, the clan began to be known as Jhala and the area began to be known as Jhalawad.

Setting up the capital at Halvad

Not much is known about the intermediate history of the Jhalas. However, it is known that during the fifteenth century Jhala king Jet Singh Ji shifted his capital to Kuwa. In 1469, Rana Waghoji succeeded the throne but soon was embroiled in a dispute with the Sultan of Gujarat. He died fighting a ferocious a battle and the enemy force destroyed his capital. Thereafter, his sons left the city and established their new capital at Halvad, located at a distance 76 Km from present day Wadhwan.  That was in 1488.


In quest for new kingdom 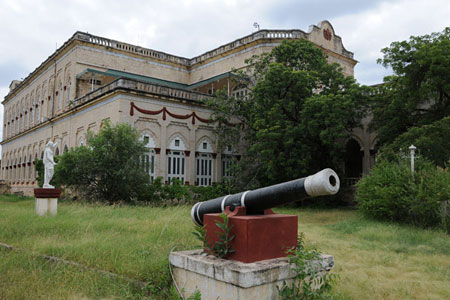 As with every dynasty, conflict broke out between its different branches. During the reign of Chandra Singh Ji, Prithiraj Singh Ji, the heir apparent to the throne, died in custody at Ahmadabad. He had three sons. Among them, the eldest son should have succeeded his father and become the heir apparent; but the power was seized by the paternal uncle Askaran Ji. The three princes left the palace and took refuge with their maternal uncle. While the eldest died two younger brothers, Rajoji and Sartanji, were determined to recover their patrimony. Soon they took control over Wadhwan, a fiefdom under Halvad and set up their new capital. Thus a new chapter began in the history of Jhala Kings.

Kingdom of Wadhwan is established

The state of Wadhwan was officially established in 1630. Thakore Sahib Rajoji Prithraj Ji was the first king to rule over the state. It is to be noted that the family conquered many other kingdoms and divided them among themselves. While the senior branch of the family retained Wankaner and Wadhwan, the junior branch took possession of Dhrangadhra-Halvad.

Kings who ruled over independent Wadhwan 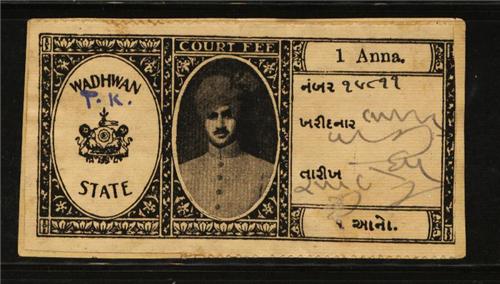 Thakore Sahib Prithirajji Chandrasimhji died in 1807 .A great change took place in the same year. The British had already established their hold on all over India and were on the process of consolidating their position by taking the princely states under their protection.   In 1807, Wadhwan became a protectorate under British Empire and was accorded a 9 gun-salute status by the British rulers.

However, after the death of Thakore Sahib Raisimhji Jalamsimhji, it was not his son, but his grandson Darjirajji Chndrasimhji who became the ruler of Wadhwan. He was later succeeded by his brother Thakore Sahib Balsimhji Chandrasimhji.

Next to come to throne was Thakore Sahib Jashwantsimhji Becharsimhji. He was son of Kumar Becahrsimhji Raimsimjhi, grandson of Thakore Sahib Raisimhji Jalamsimhji. He ruled from May 1910 until his death on 22nd February, 1918.

At the time of his death his son Jorawarsimhji Jashwantsimhji was only 19 years old and so the actual coronation was deferred until 16th January 1920. He ruled until his death in 1934 and was succeed by his son Thakore Sahib Surendrasimhji Jorawarsimhji.

Thakore Sahib Surendrasimhji Jorawarsimhji was the last ruler of the dynasty. When India became independent on 15th August, all princely states in India were invited to join the Indian Union and work together for the betterment of the country.  On 15th February, 1948, Thakore Sahib Surendrasimhji Jorawarsimhji signed a treaty of accession and thus Wadhwan became a part of free India.

In the beginning, Wadhwan was a part of the United State of Kathiawar, later renamed as Saurashtra State. In 1956, Saurashra was amalgamated with Bombay Presidency and consequently, Wadhwan too became a part of Bombay. In 1960, Bombay was bifurcated into Maharashtra and Gujarat. Since then Wadhwan is considered a part of Gujarat and a city under Surendranagar District.