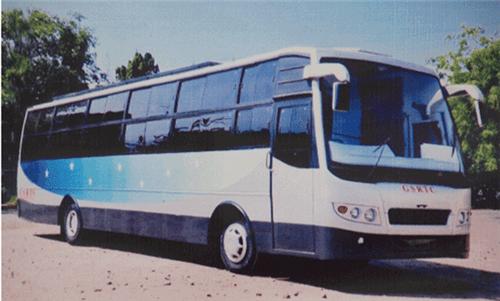 
State Highway that runs through Wadhwan

State Highway 20 runs through the middle of the city.  The highway starts from Dharangadhra and ends at Dhandhuka crossing Wadhwan, Surendranagar and Limbdi on the way.  Another State Highway to connect Wadhwan with other parts of Gujarat is GJ SH 17. It starts at Ahmadabad and ends at Chotila crossing Wadhwan on its way.  These roads are further connected to other highways thus forming a network of roads. Therefore, wherever you are, you are sure to reach Wadhwan without any trouble.

Apart from the above mentioned roads, the city is interlinked through a network of roads. However, to travel from one part to another, passengers have to depend mainly on unmetered auto rickshaws.

Wadhwan State Bus Station is located at Naya Darwaja area on Gujarat State Highway 20.  A number of buses leave from this location for different cities such as Ahmedabad, Rajkot, Vadora etc.  Many of these buses belong to the Gujarat State Road Transport Corporation. One can also avail taxi services to travel to and from Wadhwan.

Following are two of the commercial transport companies in Wadhwan:

Neighboring Surendranagar is the major railhead for Wadhwan.  However, Wadhwan too has a separate railway station. It is known as the Wadhwan City railway station and its code name is WC. The station is located at Dajipura area in the south-western part of the town. However, only a limited number of trains stop at this station.

Following is a list of trains that stops at Wadhwan city station: